Chameleons UK - 'Script of the Bridge' 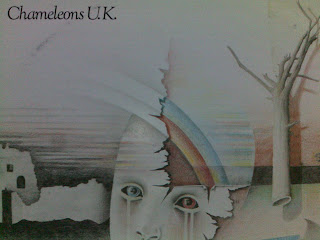 This is yet another record that I bought from a thrift store on Flatbush Avenue in Brooklyn. The observant among you will have immediately noticed the fact that the band are called 'Chameleons UK', no doubt because there was already a band called Chameleons practising their art in the US.

I almost certainly bought this because it reminded me of my brother. When I saw the cover, it was him that I thought of, taken back to his front room in Salisbury, with a vague recollection of him talking about the mellow guitar work on this album. Maybe I was homesick when I bought it.

I didn't know anything about the band then, and surprisingly to me, I don't now. This is definitely the first time that I've played this, as I expecting some sort of chilled out, Ry Cooder-esque exploration of smoky, slide guitars and sweeping atmospherics. Instead, it's a slightly rowdy new wave racket with faintly new romantic pretensions.

My brother has always had ropey taste in music.

Posted by ZakAvery at 06:19 No comments: 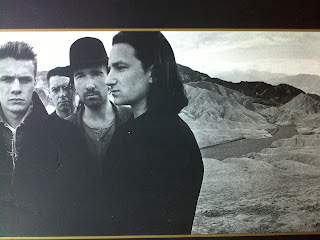 God knows when I bought this. I'd guess it's another record I brought back from New York with me - the fanmail info address is in NYC. And God knows why I bought it - listening to it know, and looking at the Ansell Adams-styled cover shot, where the band are attempting to recast themselves as white boy soul icons, I would, to paraphrase Frankie Boyle, quite happily punch every one of them in the face.

Does it remind me of anything? It reminds me that U2 have made some great records. But for me, this is quite far down the list.

Email ThisBlogThis!Share to TwitterShare to FacebookShare to Pinterest
Labels: 1987, Island, Rock, U2 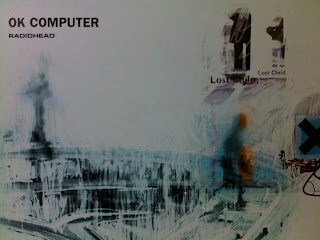 What an amazing record. What a massive, mindblowing, perfect record. All the way through, I keep thinking 'this is the best bit of the record yet', time and time again. It's a rock record filtered through every studio device and human foible imaginable, and what emerges at the other end is damn near perfect.

It's odd that I think all this, and have absolutely no desire to go and see them live. I happily watched them tear the roof off the universe when they played Glastonbury, but I did it on TV, from my sofa, possibly from the far end of a bottle of really good white wine. I wonder why that is? Maybe if I don't go and share the experience with thousands of others, then Radiohead still belong to me, and me alone. No one else really understands them like I do. I LOVE YOU RADIOHEAD!

Anyway, as awesome as this album is, it reminds very clearly of one road trip that Rob, Aidan and I made from Leeds to Salisbury. We'd each made a mixtape for the journey, and at the time, Rob and I were really going to town on ours, using samplers to loop bits, overlay several tracks and so on. About halway through Rob's mix, the familiar computer-generated vocal of 'Fitter, Happier' started up. After a few lines of the acual lyrics, just as the mournful piano starts and the synths start to smother themselves to death, something weird happened. The voice started to go off message: 'when the seagulls follow the trawler...an elephant with his trunk stuck up his own dung funnel...' and so on. Basically, Rob had performed a slavish recreation of the track, and then changed the vocal into meaningless drivel from the end of the 20th century. The effect was uproar: I remember wiping away tears of laughter and looking at Aidan doing the same, while he somehow managed to keep driving and not kill us all, with Rob in the back seat looking delighted and laughing at our reaction. It was the most brilliant, perfectly-timed and unlikely cover version I think I'm ever going to hear.

Killdozer - 'Uncompromising War On Art Under A Proletarian Dictatorship'

Well, yes and no. Musically, this is now a pretty unappealing record, sounding a bit like Tom Waits fronting a shoegaze Cardiacs - cement-mixer vocals over wall of guitar noise, tempo shifts and angular guitar lines aplenty. And if you don't get the joke (such as it is, that the band are a group of disaffected communists seeking to overthrow the system via sludge-rock), then this isn't a very good album. Actually, I get the joke, and I still don't think it's a very good album.

But the thing that totally redeems them for me is when they played at Salisbury Arts Centre, mid-90s. They came bounding on stage and launched into a note perfect interpretation of 'Unbelievable' by EMF. The place went mental, and in terms of an unexpected icebreaker cover to start a gig with, it was inspired, the lollopping bassline with the gravelly vocals over the top. And Then they launched into one of the tracks from this album, and it all went a bit less mental.

Posted by ZakAvery at 07:30 No comments: 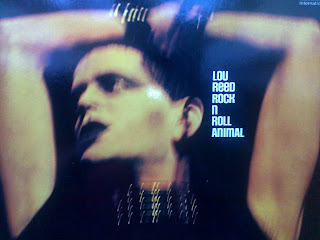 I've no idea when, where or why I bought this. I'm not a huge Lou Reed fan. I mean, I love 'Transformer', but who doesn't? I think I just like the idea of Lou Reed more than the reallity of buying his records, although I have listened to 'Metal Machine Music' all through, once, just to see if it was rubbish as people said (it is). And I read William Burroughs' 'Naked Lunch' for pretty much the same reason, but at least Naked Lunch has the redeeming feature of being horribly perverted. 'Metal Machine Music' is just noise.

I don't get this album at all - it pretends to be all nihilisitc, but it has the most god-awful stadium-prog feel to it. In fact, I'd guess this is only the second time I've played it - and possible the last. 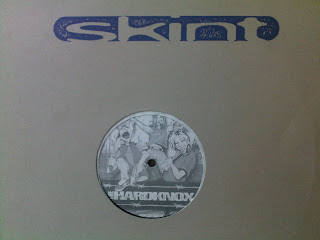 Hardknox is Lindy Layton, the artist better known for being the voice on Beats International's single 'Dub Be Good To Me'. I remember seeing her DJ in the bar of Back To Basics, late 90s. I was there with Aidan, and it was frankly a bit of a slow night. We were talking about leaving when Ms Layton hit the decks and tore the roof off the place with a mammoth breakbeat/hip hop/drum and bass set. Yes, people really did mix it up like that back in the day.

I remember that she had Skint label boss Damian Harris behind the decks with her, and about 10 minutes into her set she pulled out a record and showed it to him. He looked at it, looked at the dance floor, and gave her a proper 'yeees maaate' grin. She then dropped a white label drum and bass remix of 'Funky Beats' - the one with the cut up of Chuck D saying 'IF YOU REALLY WANT TO ROCK THE FUNKY BEATS, SOMEBADY IN THE HOUSE SAY YEAH'. Chuck D does actually rap in capital letters, by the way - it's what makes him so awesome. The place went mental, and we stayed.

If you're a studio geek, there's something irresistably sexy about women messing around with technology - just go to a Juana Molina gig and watch all the tight-jeaned geeks fidget uncomfortably. So the thought of Lindy Layton actually having spent time in a studio making this filthy slab of distorted electro breakbeat hip hop is quite appealing. Weirdly, I thought I wasn't going to like this, thinking that I'd bought it after being seduced by all the distortion and the thought of a woman's hand setting the attack levels on a bank of compressors, but actually this is enjoyably filthy and raucous.

Tracks: Because I Can. Because I Did. Fire Like Dis. Hip Hop Pranksters.

Posted by ZakAvery at 06:32 No comments: