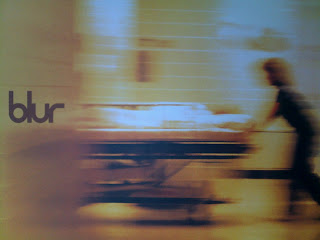 Having listened to this album, I'd thought of something clever to write about it, but then realised that Blur had beaten me to it by calling this album 'Blur'. This is the sound of Blur being Blur without any thematic conceit driving their creativity.

In the battle of Britpop, it was often said that Oasis were The Beatles, mainly because they ripped off so many of their songs. The truth is, The Beatles never really had 'a sound' in the way that The Rolling Stones did. What marks The Beatles out is their restless creativity, which surely peaked with 'Yellow Submarine'.

I'm kidding of course . To quote the late, great Bill Hick's, 'they were so high they even let Ringo sing'. It's hard to know if with their later albums, The Beatles reached a creative plateau, and never fulfilled their potential of becoming the band they could have been. Although according to Alan Partridge, that was the band 'Wings'.

It's impossible for this record not to be swept away by 'Song 2', a mosh-pit anthem for the blipvert generation. So when this comes on, I'm reminded of dancing to it in sweaty clubs in Leeds. And I don't mean just as a punter, but also as a DJ. And I don't really mean dancing, I mean jumping up and down, with my fists clenched and my arms outstretched, feeling every little bit stress leave my body as I make myself one with the heaving mass of dancers, all screaming in unison, WOO HOO! 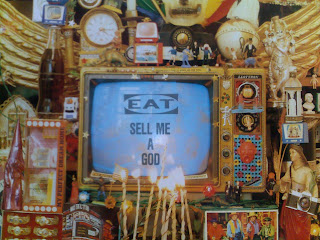 I love this record so much. It's not just that it's a great record - and it is - but this is one of those records that I looked for for years before I found it. It seems impossible now, in the age of the internet and immediate downloads, but once upon a time, you actually had to hunt out music. You had to go to big cities to find better record shops, or visit record fairs on the offchance of them having what you wanted. Crazy times.

Musically, this is a proto-Britpop record, marking a time between the guitar-scrubbing of Ned's Atomic Dustbin and the swooning, swooping hysteria of Suede. If you've never heard it, you should check it out - you can probably download it for pennies.

This reminds me so much of a friend from Salisbury, Robert, who I worked with in catering for a few years, on and off. He was a rabid Eat fan, and was also one of the funniest guys I've ever known - really clever, capable and sharp, with a great eye for the absurd. He could also play air guitar and drums like no-one I've ever met. We did the adult access course together at Salisbury College, and went our seperate ways at the end of it. I hope he's OK - like many clever, funny people, he had a sort of underlying malaise that suggested he was never comfortable with himself. Maybe education helped him find his niche. 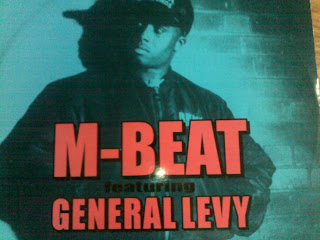 If I told you that this record's USP was General Levy's ability to emit high-pitched sonar-like hiccups while delivering a high-paced ragga chat, you'd do well to be bemused. It's only on the b-side, with a more underground mix, that this kicks into gear more effectively, with cartoony stretched vocals and epileptic drums.

This reminds me of clubbing in Leeds, at Think Tank, late 90s. Hot, trebly, drunk on Red Stripe. The music really sounded like the future - broken, twisted, like the machines had actually taken control. My inability to take it seriously. The hilarity of time-stretched and speed-up vocals - I never understood that bit.

This is a mad record - if you focus on any one element it sounds absurd, but as a whole, it perfectly captures that mid-90s jungle scene. And it's also a right laugh to try and impersonate the General. Altogther now: 'I am de in-cred-HIC in-cred-HIC incredible general BOOYAKA! Selec-selec say HIC HIC HIC say sensaaayshonaaal!'

Posted by ZakAvery at 07:24 No comments: