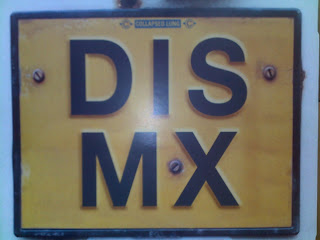 After the warm reception my previous post received (mostly, it has to be said, from former members of the band), I was a little worried about how this would sound. And it's perfectly of it's period, in that the opening track is that elusive beast, the extended dance remix.

After a couple of minutes of looping drumbeats that pay more than a passing nod to the works of Depth Charge, the funky trumpets start up, and I swear you can hear the actual fertilisation of the egg that went on to gestate and become Collapsed Lung's world conquering anthemn 'Eat My Goal'.

Overall, it's a pretty standard romp, with some nice lyrical action, and fairly dirty production. The standout bit for me is the couplet 'Liberate the decks, liberate the decks, give 'em to the people who would least expect access'. Wise words indeed.

What does it remind me of? Oddly, nothing much. I remember playing this quite a bit, but it doesn't have that flashbulb eidetic moment for me.

Posted by ZakAvery at 19:40 No comments:

Collapsed Lung - 'Down With The Plaid Fad' 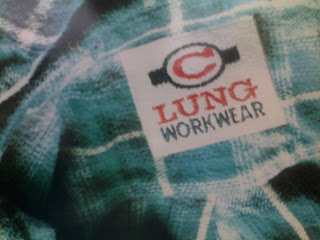 It's funny that this should turn up on the weekend when Channel 4 is showing it's 'How Hip Hop Changed the World' weekend, because this is a particular slice of British hip hop that is very dear to me.

One of the central tenets of hip hop culture is 'keeping it real'. Exactly what that means is open to debate. KRS-1 would have you believe that REAL is an acronym for 'Rhymes Equals Actual Life'. Modern commentators seem to agree that hip hop hasn't been in a good place for some time now. You don't have to wait very long on Kanye & Jay-z's new album to hear Kanye brag about how has two big-faced Rolexes. Nice one Kanye - I'll loot Argos and steal an armful of Swatches in ironic homage. As Dan Le Sac and Scroobius Pip point out, 'guns, bitches and bling have never been part of the four elements, and never will be'. The four elements of hip hop are breaking, MCing, DJing and grafitti, as any fule kno.

The four elements conspicuously don't include sloppy, culturally accurate grunge-hop, but if you want an an example of a band keeping it REAL, look no further than mid-90s Collapsed Lung. I saw them in Manchester in 1995, and they were hilarious, and in a good way. A bunch of guys, playing tight, funky rocky grooves, two rappers trading rhymes over the top. It was like having the whole of global musical culture condensed into 3 minute snippets, lyrically tight and culturally smart, thrown back in your face with a cocksure swagger that said 'yeah, we know, it's all a bit mad, but you know what - we're kicking ass, and you're loving it'. It's the very antithesis of where hip hop is today, either a global sell-out or a ghettoised artistic statement.

Fresh stoopid rhymes, sloppy loud guitars, distorted vocals, hell yeah, I still love it today like I loved it then. 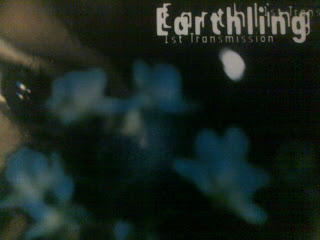 Wow, this is almost Proustian in it's ability to vividly transport me to a particular place and time.

It's a Saturday afternoon in Leeds, 1994, and I'm round at Rob's old house on Brudenell Road. I lived in Manchester at that point, but moved to Leeds a year later. Ali was there too. We'd been record shopping at Jumbo Records, and I'd picked this up.

It's basically 4 mixes of the same song, but the first version is so strong, such a fat, trip-hop, of-the-moment production that it just sucks you in. The rudeboy sound-system swagger contrast with Earthling's naive, almost childish vocals in a way that found totally captivating at the time. So much so that I listened to all of the mixes one after another, much to the obvious annoyance of Rob and Ali. I think I might have been going back to flip the record over and repeat the A side when someone mentioned that, perhaps, that might be enough of that for now. I was a bit bemused by that then, as I am now.

This track combined everything that I loved about music and lyrics - fat production, someone with their own flow, lyrics that sort of told a story and sort of hinted at someone immersed in their own world. It totally inspired me to start writing lyrics and rapping, and I remember one night waking up and having to find a pad and a Bic biro, the rhymes tumbling out in an unstoppable torrent. Well, maybe not an unstoppable torrent, but a couple of sides of A4 written down as fast as I could manage.

Damn, I'm really happy to hear this again! To me, it's the sound of possibility, of performance without fear of pretension, of music production marrying with an emotion behind a set of lyrics, or vice versa. Happy days.

Posted by ZakAvery at 19:59 No comments: