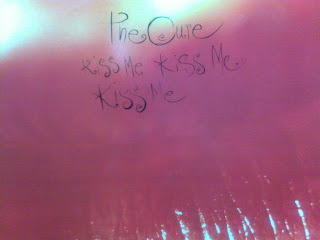 It's easy to forget what an awesome, world-conquering band The Cure once were. And although they are styled as being a none-more-Goth act, on their later albums, they are closer to vaudeville storytellers than adolescent doom-mongers.

I'm pretty sure I got this when it came out in 1987. It reminds be of being the sort of obnoxious, self-assured Goth-haired teenager that only gets produced in small towns. It's something to do with being so cocooned from the rest of the world that your home town becomes the entire universe. Wanting to be a big fish in a small pond, unaware that you will eventually be released into the ocean. And the ocean is big, cold, and full of things that, as pond life, you can't begin to understand. I think I might have stretched that aquatic metaphor to near-breaking point.

It was unfortunate that Salisbury was a garrison town, because my particular blend of sartorial statement (printed velvet trousers, huge white tail shirt) didn't go down well with the squaaddies in town on R&R - mostly Paras, unfortunately. A shove in the back, and a shaven-headed face asking 'does your mum know you've got her clothes on?' tends to focus the mind.

Posted by ZakAvery at 06:49 No comments:

Email ThisBlogThis!Share to TwitterShare to FacebookShare to Pinterest
Labels: 1987, fiction, Rock, the cure

Echo and The Bunnymen - 'Ocean Rain' 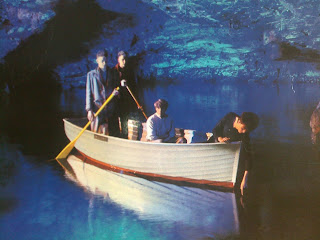 What an epic record. What a great title. What a great cover. It's hard to believe that this record is over 25 years old - not only does it have a soaring, fresh energy to it, but it sounds of youth, of arrogance, of endless energy and possibility.

In fact, I'll go even further - this record is the sound of immortality. It perfectly captures the swagger of youth, disbelieving of the certainty that it will eventually become tired of the fight, and inevitably mellow with age. That said, the last time I saw Ian McCullough on stage, he looked like a total badass who still fighting that fight.

This record doesn't recall remind of anything specific in my life, just the power and beauty of youth and, inevitably, the maxim that youth is wasted on the young.

Email ThisBlogThis!Share to TwitterShare to FacebookShare to Pinterest
Labels: 1984, echo and the bunnymen, Rock, WEA 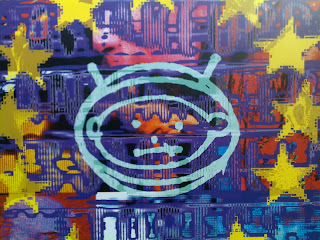 I got really excited when I pulled this out - Zoo TV, Bono as Macphisto, telephone calls to world leaders and cultural bigwigs live from stage every night. It was U2 embracing postmodernism, going slightly mad, and reinventing themselves (again). Sadly, this is the boring zoo TV album - 'Achtung Baby' is the exciting one. This is a bit turgid and, if you were a U2 fan, you would have found it revolutionary at the time. Maybe it was, but it sounds tired now.

Maybe I feel like that because all it reminds me of is watching Zoo TV on telly. Maybe if I'd got off the sofa, gone out and engaged with it, it might mean more to me.

Hmm, have I only just realised that this music loving lark is two-way street?

Posted by ZakAvery at 07:53 No comments:

Email ThisBlogThis!Share to TwitterShare to FacebookShare to Pinterest
Labels: 1993, Polygram, Rock, U2 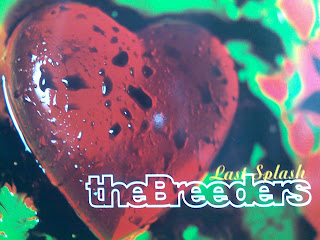 This reminds me of my friend Ali. Partly because when I moved home from New York and formed a band with him on drums, he was really into The Breeders' first album 'Pod'. But also because we went to see The Breeders play at Leeds University. That was a fun night for so many reasons, reasons that mostly aren't suitable for public airing. But two events stick out.

The first is getting on stage and dancing with support act Luscious Jackson. I wasn't a stage invader - there's one song where they invite people up onto the stage, and I managed to do so in Leeds, Manchester, New York, and at the Glastonbury festival in 1994.

The other thing that happened that night was that we were followed around by a couple of girls who giggled behind their hands whenever we happened to look at them, which we did fequently, mainly to see if they'd stopped following us around. This went on for far too long, and only stopped after they disappeared off to the toilets. We knew they'd been to the toilets, because one of them had managed to trap the toilet roll under her skirt, and was walking round with five feet of it dangling behind her. We couldn't help but laugh and, mortified, they left us alone after that.

Happily, it's a great album too.

Posted by ZakAvery at 16:42 No comments:

Email ThisBlogThis!Share to TwitterShare to FacebookShare to Pinterest
Labels: 1993, 4AD, Rock, The Breeders 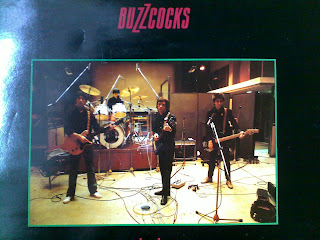 Another mid-teens record I bought while living in Salisbury, with no particular memories attached to it. Hanging out with friends Steve and Katie, compiling tapes from John Peel's radio shows.

I think I bought it primarily for 'Ever Fallen in Love?', but it's a solid collection of tunes, particularly the aching, yearning emotions conveyed in 'Why Can't I Touch It?'. But this isn't a critique blog, it's reminiscence therapy, so I'll stop there.

Posted by ZakAvery at 08:47 No comments:

Adam and the Ants - 'Kings of the Wild Frontier' 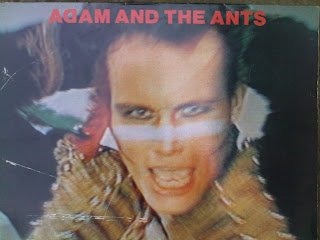 What a cracking album. Even 30 years after its release, it still has a vitality, freshness and a uniqueness to it that makes it sound as thought it's been beamed in from another planet. I'm not saying that this is an epoch-defining album in the way that, say, Sgt Pepper's has become - it isn't - but as a piece of conceptual pop-art, it's pretty great.

Of course, I'm totally biased. This is the first album I ever bought, and so has a special place in my heart. I can remember going to WH Smiths in Salisbury with my dad and buying it, and the little round price sticker that I carefully peeled off (£2.99). I can remember playing it over and over on my parents' little Dansette-style record player - well, of course I did, it was the the only album I had.

As I just flipped the record over and played the start of side two, the tribal drumming at the start of the track 'Kings of the Wild Frontier' kicked in. My 18 month old son looked delighted and started jumping up and down, and whirling like a dervish, so maybe this record really does stand the test of time.

Email ThisBlogThis!Share to TwitterShare to FacebookShare to Pinterest
Labels: 1980, Adam and the Ants, CBS, Rock 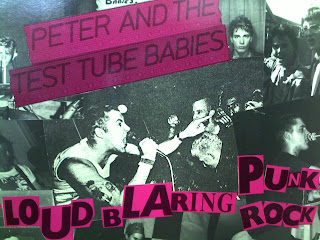 This is one that I definitely bought while I was still living in Salisbury. I know that because I can remember taping it and taking in to play in the print room at my first job, screen printing fabrics by hand at fashion label Georgina von Etzdorf.

It was typical of the sort of work I've done. We work in absudly hot, filthy conditions, producing incredibly beautiful fabrics that graced the pages of Vogue, Harpers and so on. It was quite pressured, as we were always producing to tight deadlines, and our outlets for this pressure were loud music at work, and drinking lots of ale afterwards. One night after work, I drank a gallon of Tanglefoot - quite an achievement, given that I was probably only just 17 at the time. I'm not saying I was unaffected by it - quite the opposite, I vividly remember being horribly, unpleasantly drunk, and it was one of the very few times in my life that I've had to call in sick as a result of drinking too much the night before.

My most vivid memory of this playing at work was one of the partners, Jimmy, coming downstairs and taking the piss out of me for listening to such a crappy version of punk rock. In my defence, I'd argue that this a very punk record - essentially speeded up pub rock, peppered with distasteful lyrics and a pissed-and-proud attitude. But sadly, Jimmy was right - this actually is rubbish, precisely because of the things that I've outlined above.

Posted by ZakAvery at 09:30 No comments: