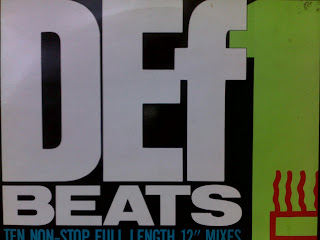 It's funny the crap you find in your record collection.

This reminds me of a couple things. The first is working in the printroom at Georgina von Etzdorf, with a guy called Ellis. He was bang into his hip hop, and sort of got me into it. I remember him telling me how to 'transformer scratch' (look it up), and I went home to learn how to do it. Of course, I didn't have Technics and a mixer, I had a crappy belt drive turntable and a tape dub button, but you can get a pretty good approximation of the effect with a Jesus & Mary Chain record and plenty of enthusiasm.

It also reminds me of an early trip to New York, staying at my friend Dave's place on Hoyt Street, Brooklyn. Being a music obsessive, I used to travel with tapes all the time, even though I'm not sure that I ever had a walkman to play them on. I guess I would show up and ask to put a tape on, which seems quite rude in retrospect.

Anyway, I remember Dave and his then girlfriend Leslie looking through my tapes. Leslie found the one that said 'Def Beats Vol 1' on it and said 'yayyy Def Beats'. Dave looked at her shocked and said 'you know this?'. Of course she didn't - she was just being nice.

This record is tripe - a sort of futuristic Ronco compilation deigned to exploit the current trend. It's one redeeming feature is that it features the late Derek B. Even he's crap on here, but we all know how great he became, right kids? 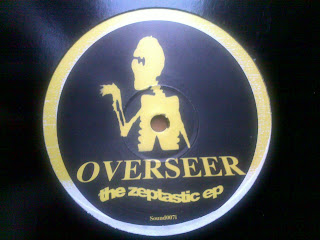 Hillariously, this record threw me a total curve ball. When I saw it, I thought it was going to remind me of late-90s Leeds, when everyone and their mate had a sampler and was making music. Seeing the record immediately took me back to Rob's bedroom studio in the top of a house on Brudenell Road in Leeds' Hyde Park.

I dropped the needle on to the first track, ready for the reverie continue, but was jolted forwards five years by the opening on 'Zeptastic'. I'd completely forgotten that this track had been reworked and re-recorded in the sessions for the album 'Wreckage'. It never made the final album, which was a shame as I think it was the best vocal I did for the entire record. I think it got buried under the weight of its own potential - at one point, the vocalists on it were me, Des Fafara (then of Coal Chamber) and (I swear I'm not making this up) Nikki Sixx of Motley Crue. Nikki Sixx slapped a great chorus onto it, but wanted to call the track 'Shake Your Pussy', which was clearly a non-starter for all sorts of reasons. Once you've got Nikki Sixx calling a track 'Shake Your Pussy', it's not going to make the cut.

I haven't even got a copy of that track any more - all my DATs and white CDs were pinched in a burglary in about 2005. Which is a shame, as my clearly biased opinion is that it's the great lost Overseer track, languishing in vaults, ready to swoop forth like rain washing scum off the streets.

The EP is good, the track 'Zeptastic' is great. Who knows what might have been....

Posted by ZakAvery at 14:28 No comments: 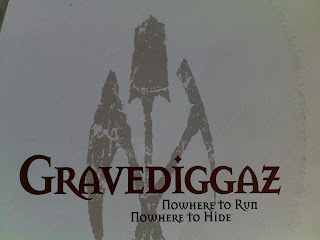 Contrary to the previous record, this has a wonderfully epic swagger to it. It's the sound of a hip hop supergroup trading rhymes, smashing it and generally having a great time.

What really surprises me is how little connection I have to this. I remember it coming out, and being really excited about it, but I just doesn't stir anything in me. It's a good hip hop track, but it doesn't transport me to a time or a place. Maybe I made the mistake of believing the hype, or maybe music doesn't need to be an eternal. I guess pop music can be both great and disposable at the same time - why not hip hop?

Posted by ZakAvery at 10:36 No comments: